La Rochelle, facing the Atlantic ocean was a strategic port for Hitler’s U boats.

In 1941, day and night construction began on a bunker to shelter the U boats. At night, powerful projectors lit the site so work could continue but these were extinguished without warning if the enemy approached. Due to this, many of the prison-of-war workers fell into the concrete castings. 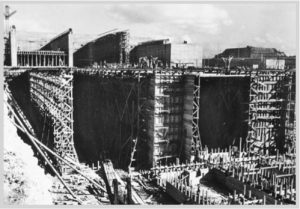 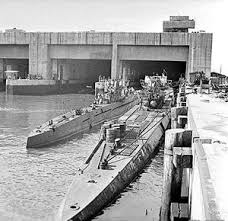 The bunker was expanded to 10 pens. Total thickness of the concrete roof was 7.5 metres and survived 6 direct hits from “tall boy” earthquake bombs. 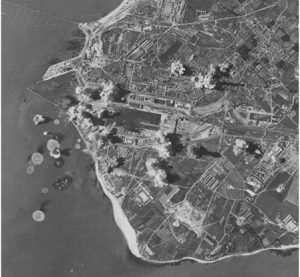 Its still there to this day but not open to the public. 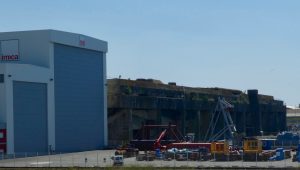 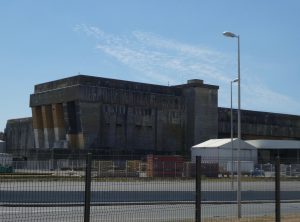