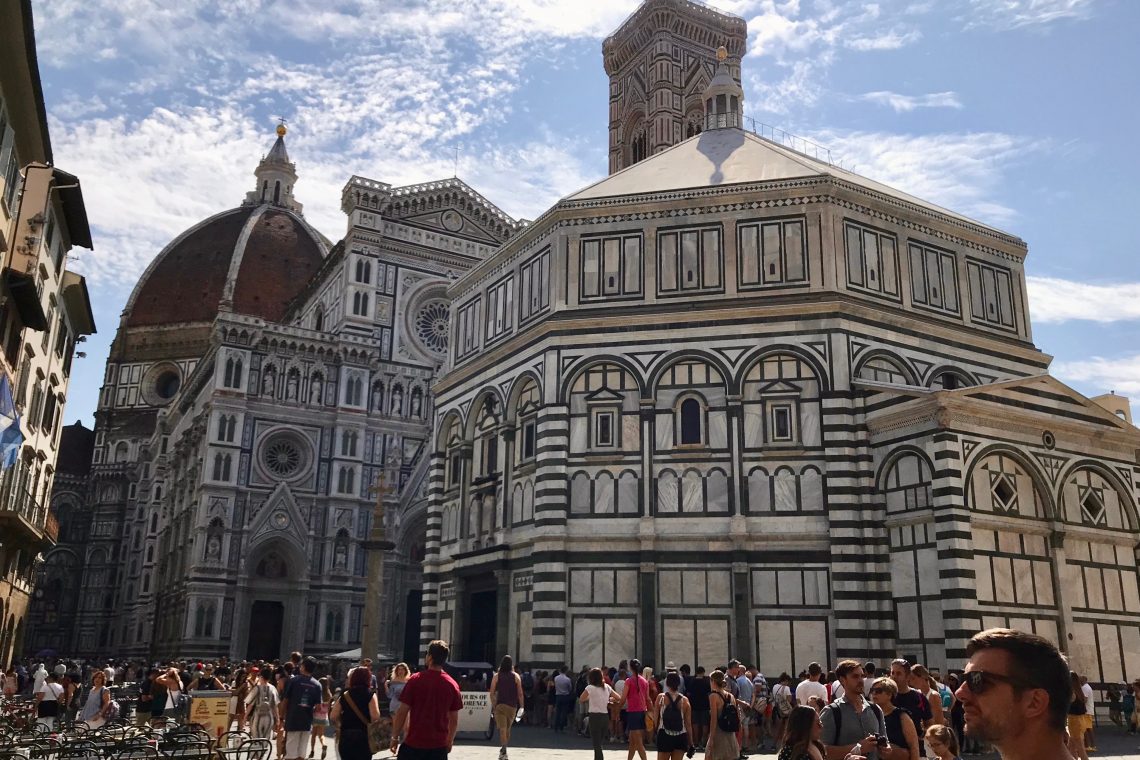 On a previous visit I hurriedly took a photo of the Duomo’s baptistry doors. I knew they were significant because Mr Fraser my high school art teacher had told me 46 years ago.

But in a hurry, elbowing my way through the tourist crush to grab the shot, I had taken the wrong photo.

My brother Mike and I had attended Mr Fraser’s art class. I remember him as bearded, knowledgeable and gentlemanly.  He quietly sowed the seeds.

Mike germinated early. He careered into design and scholarly achievement. Here is his recent sketch of Brunswick Heads headland that he showed me yesterday. 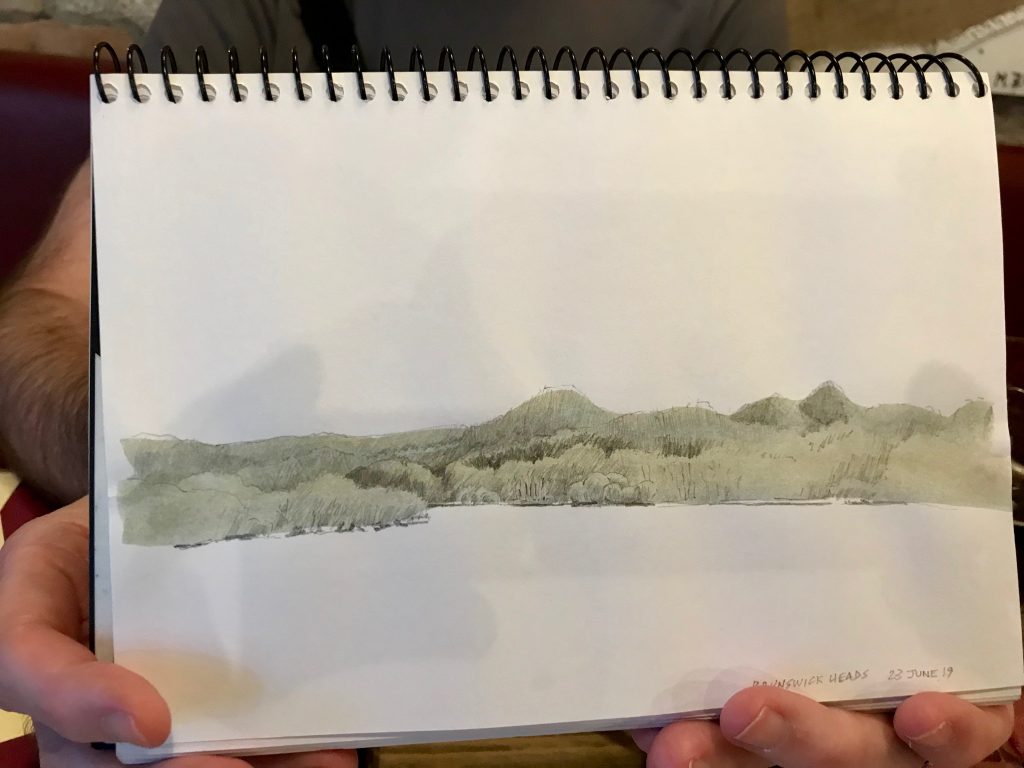 I went into computing.

It was seven years ago on my first European trip and during my first stroll around Paris when Notre Dame suddenly loomed into view, I took a quick intake of breath. I had studied this building in art class!  Now that it was before me I was entranced. Mr Fraser had told us why the flying buttresses were significant. 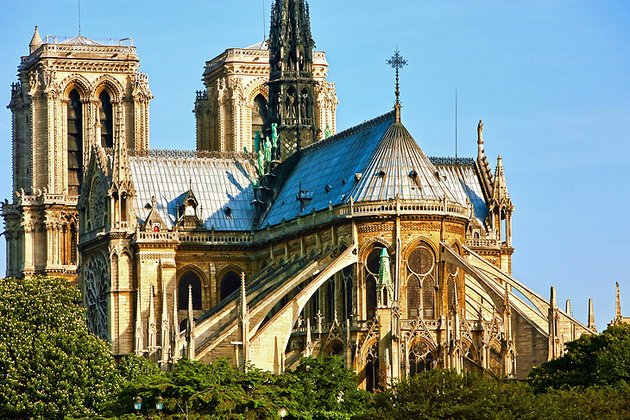 The buttresses counter the forces of roof weight and the extremely tall walls. By the 1160’s,  architects had worked this out.

Mr Fraser taught art history as sign posts in its evolution – like science, my favourite subject, so it made logical sense to me.  It was now my quiet mission to witness and appreciate more of these moments.

The next trip Paris again and at the Musée D’Orsay another way-point found. By the 1870’s, painters wanted to do more than replicate what they observed.  Impressionists; Manet, Renoir, Degas et al, worked out how to communicate a mood or an atmosphere in their work, like the fleeting quality of light. 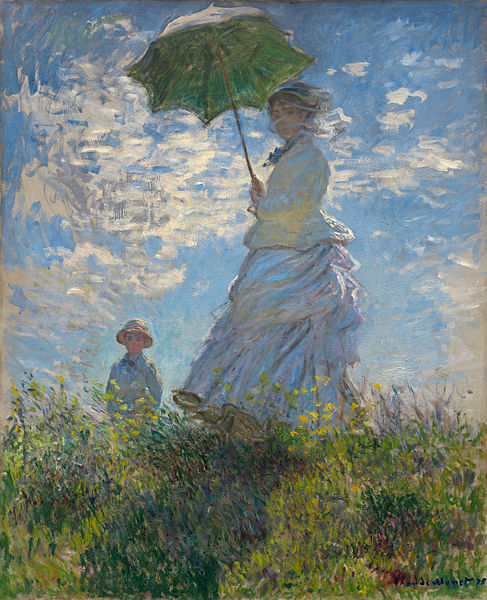 The Post-impressionist’s removed previous limits and pushed colour more for the effect they wanted – breaking away from realism. One of Van Gogh’s Olive Trees as an example. 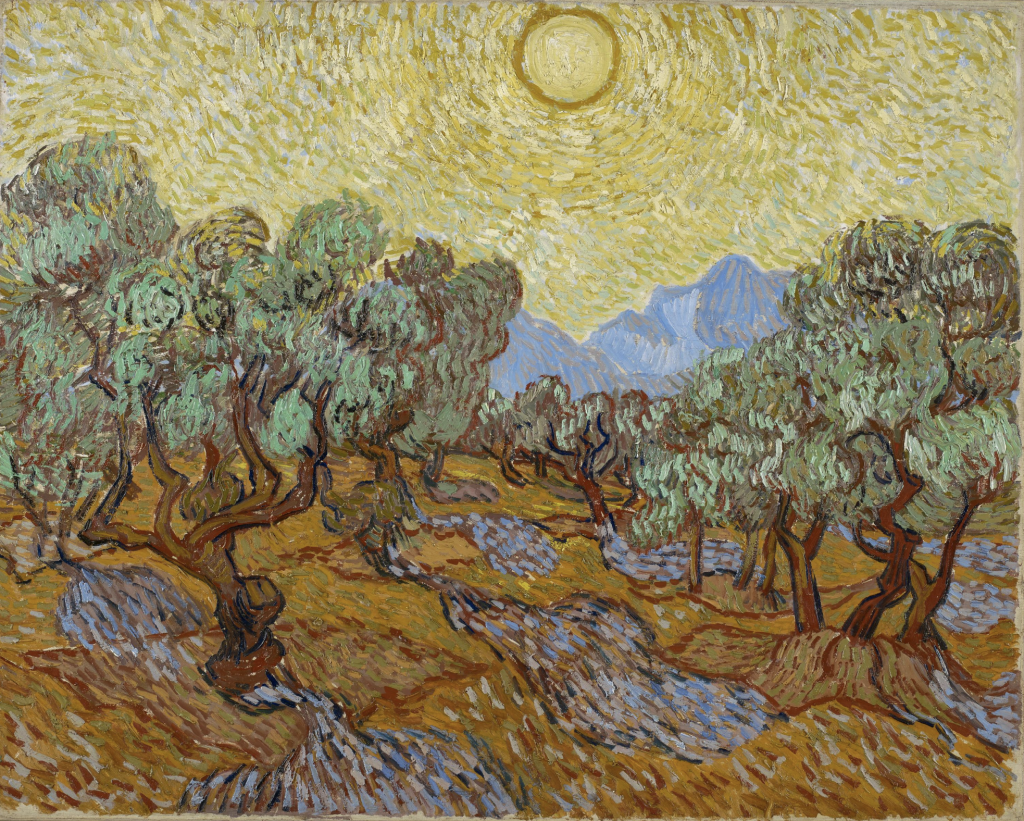 That music was simultaneously going through a similar expansion of possibilities with the works of Debussy, Ravel and Sibelius was an another revelation.

Where art all started was now an attraction. So we made a subsequent trip that included Lascaux. Man’s first known ‘paintings’. 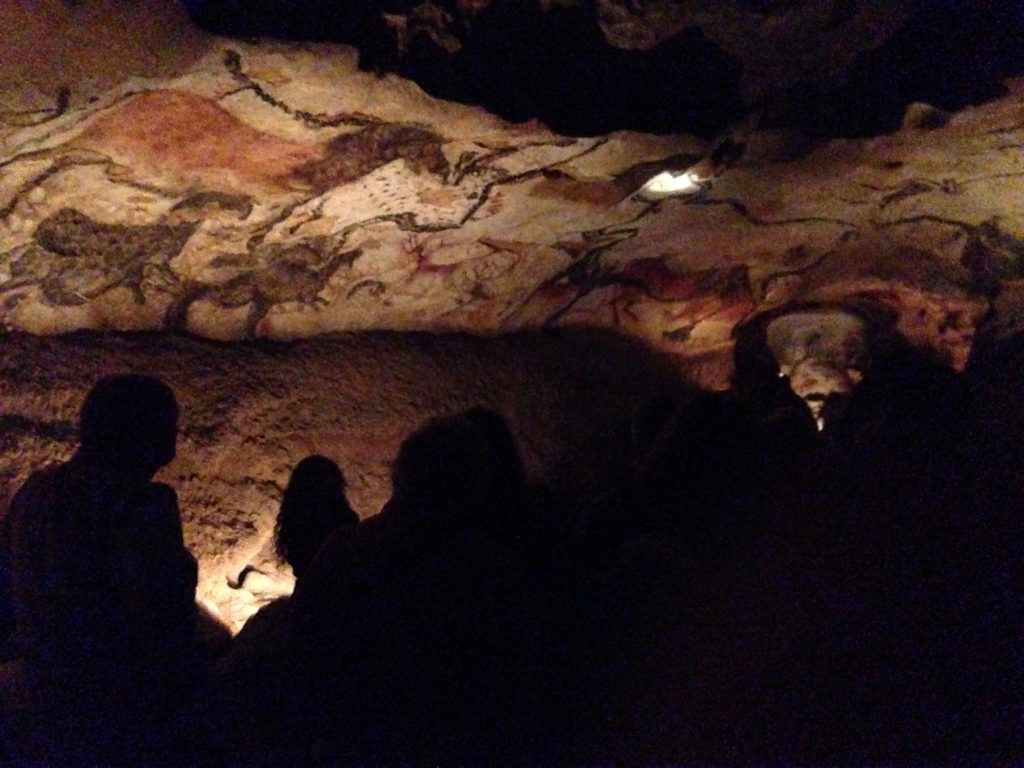 Early man spraying his cave wall with powder from crushed coloured stones to tell his stories 20,000 years ago. 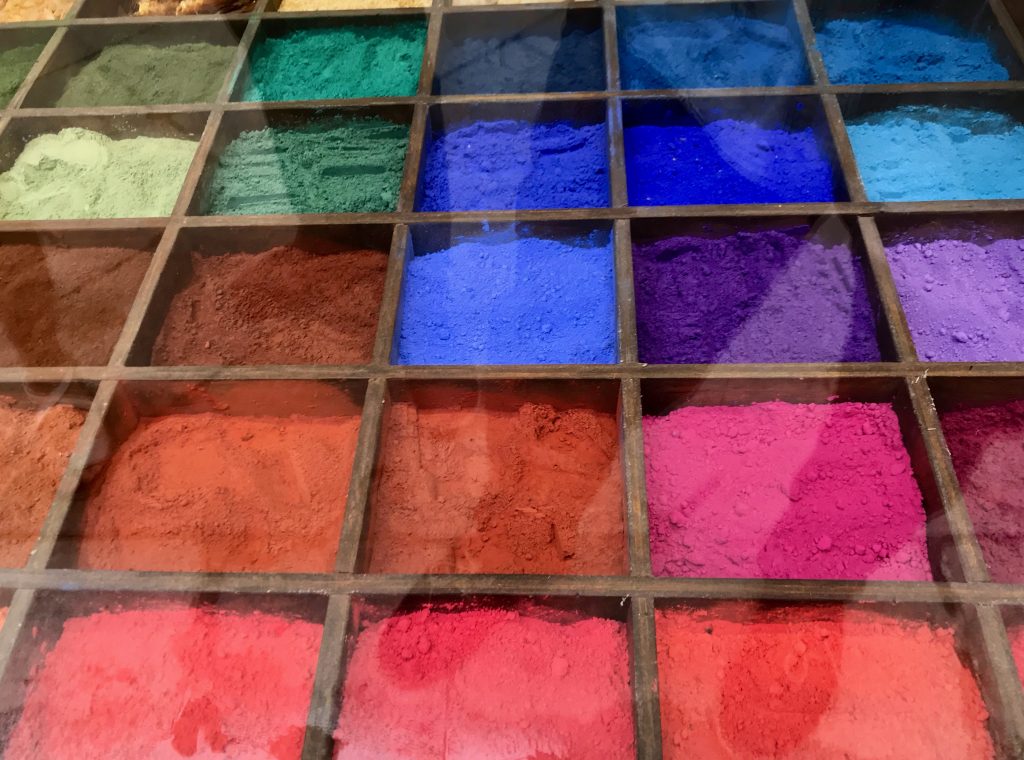 Back to the doors. The sign post here is the Renaissance (“Rebirth”). The period is somewhat simplified as the waning of the coercive power of the Church. People were seeing reason over faith.

While all the doors are famous,  the most significant pair are the “Gates of Paradise”  by Ghiberti. I had previously snapped the Brunelleschi ones. Ghiberti cast these doors in bronze around 1430. In his 10 panel masterpiece, he depicts the Old Testament. 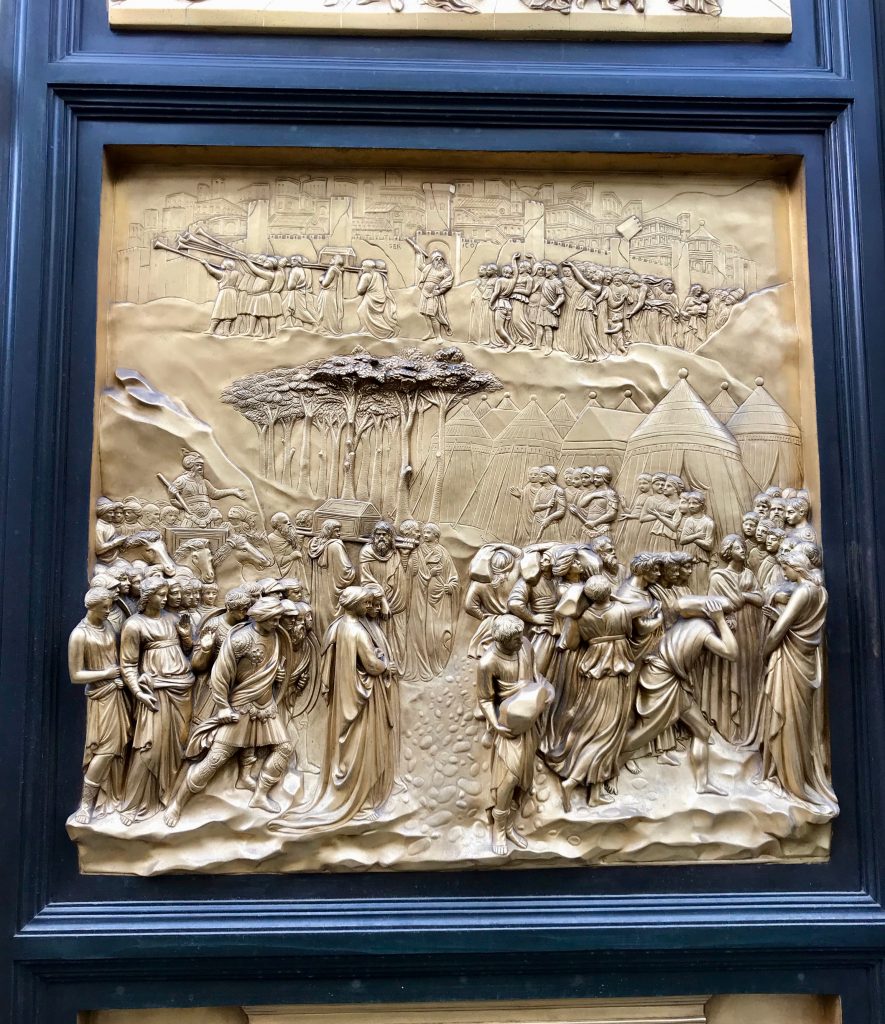 This is the Joshua panel. In the background, the seven trumpets and the fall of Jericho. Middle ground you can see the Ark of the Covenant in front of the Israelites. In the foreground you can see the drying of the Jordan river when the priests feet touched it. They then took 12 stones as a memorial.

It is important because of their use of the recent discovery of perspective. Mathematical perspective (objects in the distance are smaller) and physical – the foreground people are projecting out of the panel. 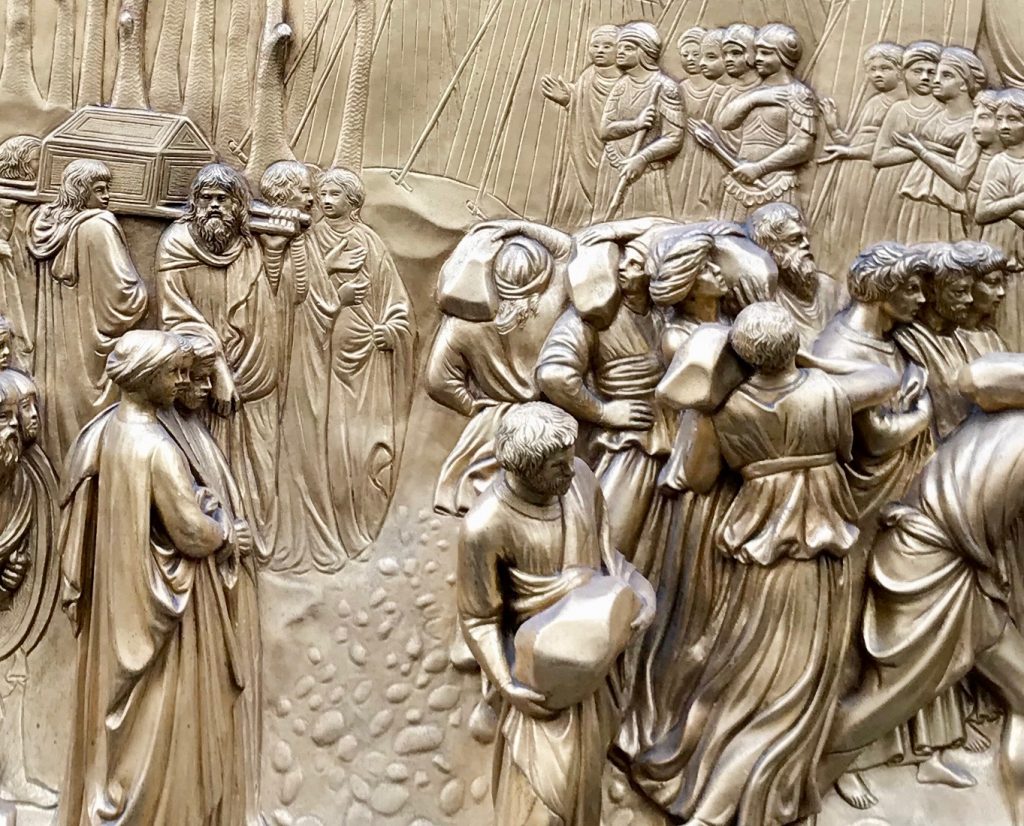 The casting techniques he developed are also noteworthy. It took him over twenty years to complete the door set.

So what then makes a masterpiece? Is it the definitive work of a period or an  artist? Perhaps because:

I was a bit stumped for an answer when asked what is the point of having buildings like Notre Dame or the Guggenheim in Bilbao or even the Sydney Opera House, when a simpler, cheaper box-like building would function just as well. 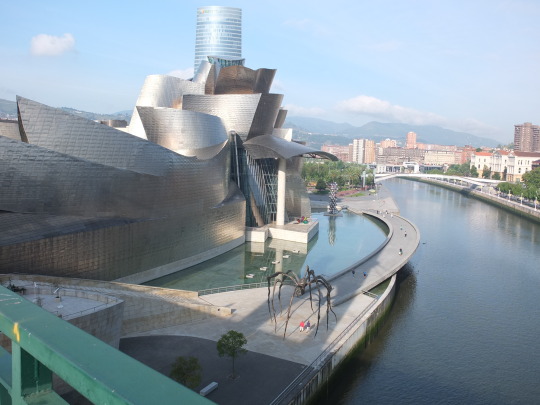 But then I think it is in our human nature to exceed. And we deserve the results. That people continue to come and appreciate them makes them worthwhile.