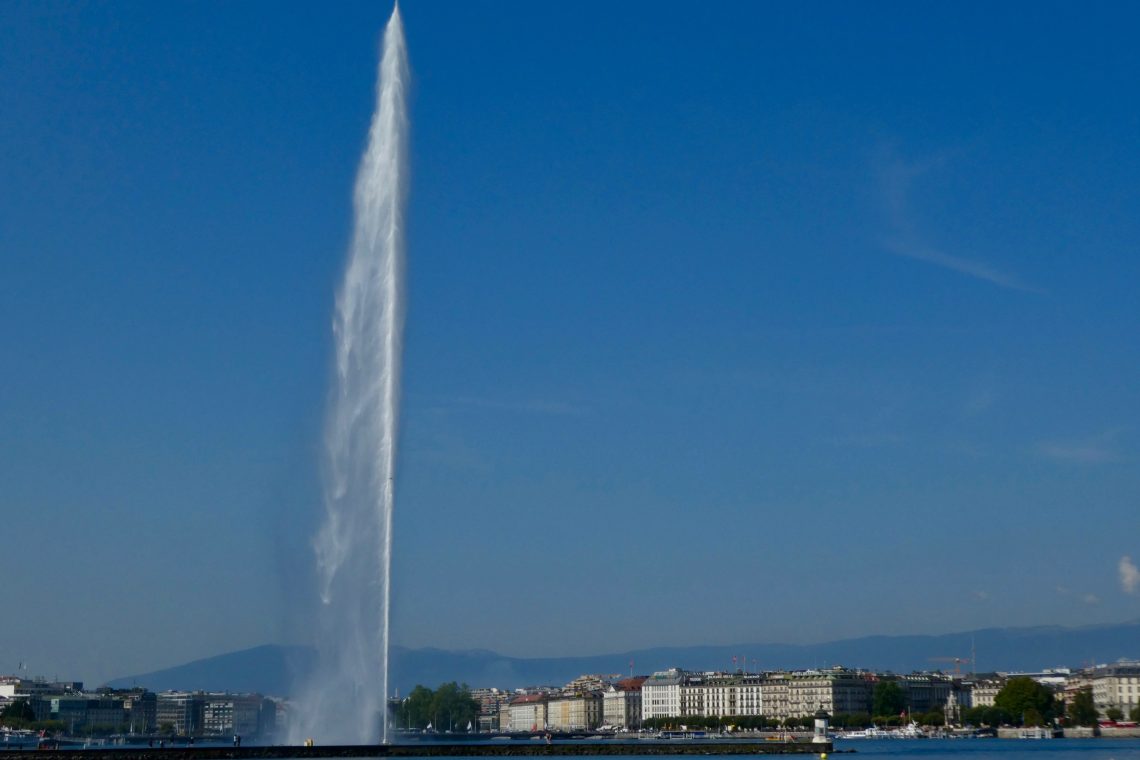 As the Opera House is to Sydney, the Jet D’Eau is to Geneva.

When I was a nipper, Geneva was the geo-political and financial epicentre of the world.  The UN, the Red Cross, World Health Organisation, World Trade Organisation, everything that mattered seemed to be located there.

I would race home after school and watch “The Champions” – a 60’s British thriller series.  A crack team of three, headquartered in Geneva, with special powers would race around globe foiling plans of evil men.

Looking back at the series on YouTube today, I can see the actors never left the sound stage in England. Potted palms came out for jungle scenes they had to hack through and for really exotic locations they just added bongo drums to the sound track. Alexandra Bastedo is still hot but.

But I got the background shot!

You would also never guess though that while taking my shot, right below the camera was a naked guy nonchalantly sunbathing.